Meet the veterans who work on our helpline

Our helpline team includes a number of veterans who have worked in a variety of roles in the Armed Forces.

They have first-hand experience of the issues that people face after leaving the Service and work alongside civilians in the helpline team to provide 24-hour support for veterans, seven days a week. Here they talk about their experiences and why they decided to join the team. 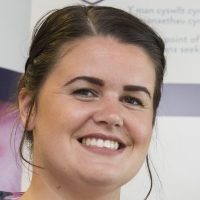 Callee joined the Royal Navy at the age of 17 and served for five years, spending time on deployment in the Gulf and the Falklands.

“It is very reassuring to speak to someone who knows about army life and the places they have served in,” she said.

“We are here to help and give them the best options available.

“The veterans we come across have lost everything. They have no money, no food, no home and suffer health problems.

“We are geared to help them with all these issues and direct them to the right place. Often, new issues and underlying problems come to light when we chat with veterans.“

Kim has strong military connections through her family. A visit to the Invictus Games in 2016, with friends and family, inspired Kim to help the armed forces community.

Kim has worked at the Royal British Legion’s Advice and Information Line for 3 years as an adviser, and then a supervisor.

She recently joined the Veterans Gateway Team as a Team Leader, in 2020.

Chris served in the RAF for 10 years and was Medically Discharged with PTSD after the 1991 Gulf War.

He previously worked at the Royal British Legion for nearly 4 years has been on the Veterans’ Gateway for 2 years.

His experience of serving, and suffering from PTSD, enables Chris to empathise with the Veterans who get in touch with the Contact Centre.

Stephen joined the Army in 2012 as a private in the Royal Welsh, serving in Canada, France, Germany, Jordan and Oman.

Since leaving the Army in 2018, Stephen has worked in construction as a datacomms specialist. In 2020 he started working at Veterans’ Gateway.

Stephen joined the Army at age 16, and understands the challenges of adapting to civvy street.

He’s keen to help and support veterans with the challenges of adjusting to the civilian life.

Monique does not have a military background. However, she was very pleased to be offered the role at Veterans Gateway, in January 2018.

Since Monique joined the team she has gained a thorough knowledge of  the Veterans’ Gateway partners.

Andrew joined the army at 16, as a Movement Controller.

Like many other veterans Andrew experienced the challenges of career transition.

He has recently joined the Contact Centre team and feels that his role enables him to give back to the armed forces community.

Prior to working on Veterans’ Gateway Morgan worked as a gymnastics coach  She joined the Contact Centre team in July 2019, on her return from travelling.

Alongside her work, Morgan is studying for an MSC in Public Health and Health Promotion.

Ashley joined the Veterans’ Gateway team in April 2019 as a Customer Advisor. He previously worked for the Royal British Legion.

Ashley has now progressed to the Housing Specialist role.

His work ensures that he is up to date with any recent changes to Housing legislation.