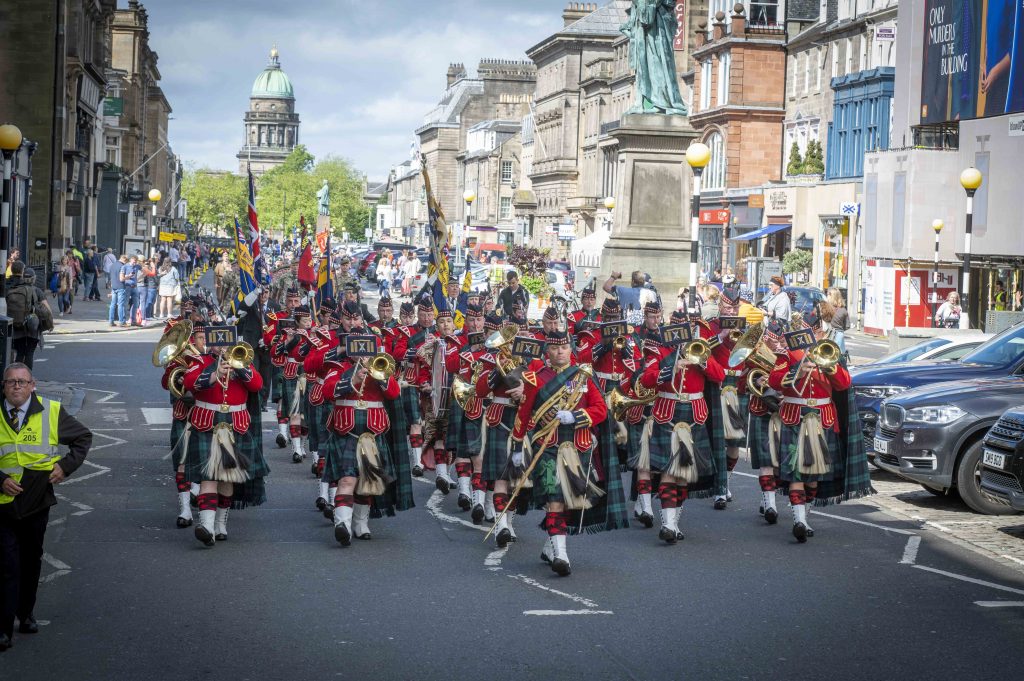 Hundreds lined the streets as the Band of the Royal Regiment of Scotland and Royal Air Force Central Scotland Pipes and Drums led a parade along George Street, with Legion Scotland standard bearers and veterans taking part.

The event, formerly known as “Veterans Day” was a chance to show appreciation and support for the work of the Armed Forces community. The city’s events were organised by Legion Scotland in partnership with the city council.

Cllr Cameron, whose father and uncle were in the Armed Forces, said: “Today’s event brought back thoughts and fond memories of family members and loved ones who have served.

“It gives Edinburgh the opportunity to show support for the men and women who make up the Armed Forces community, recognising and celebrating the outstanding contribution of those who serve and have served.

“Armed Forces Day acknowledges the personal sacrifices they make and have made to defend the UK and its interests. All of us owe an incredible debt of gratitude to these brave men and women who are the ultimate protectors of our peace and security and our way of life.”

It was wonderful to see so many people coming out to show their support for all those who have served, past and present, and their families. After two difficult years, we were very pleased to return to normal and receive such a warm welcome in the city. I’d like to thank the City of Edinburgh Council for their support, and everyone else who helped to make this day a success.