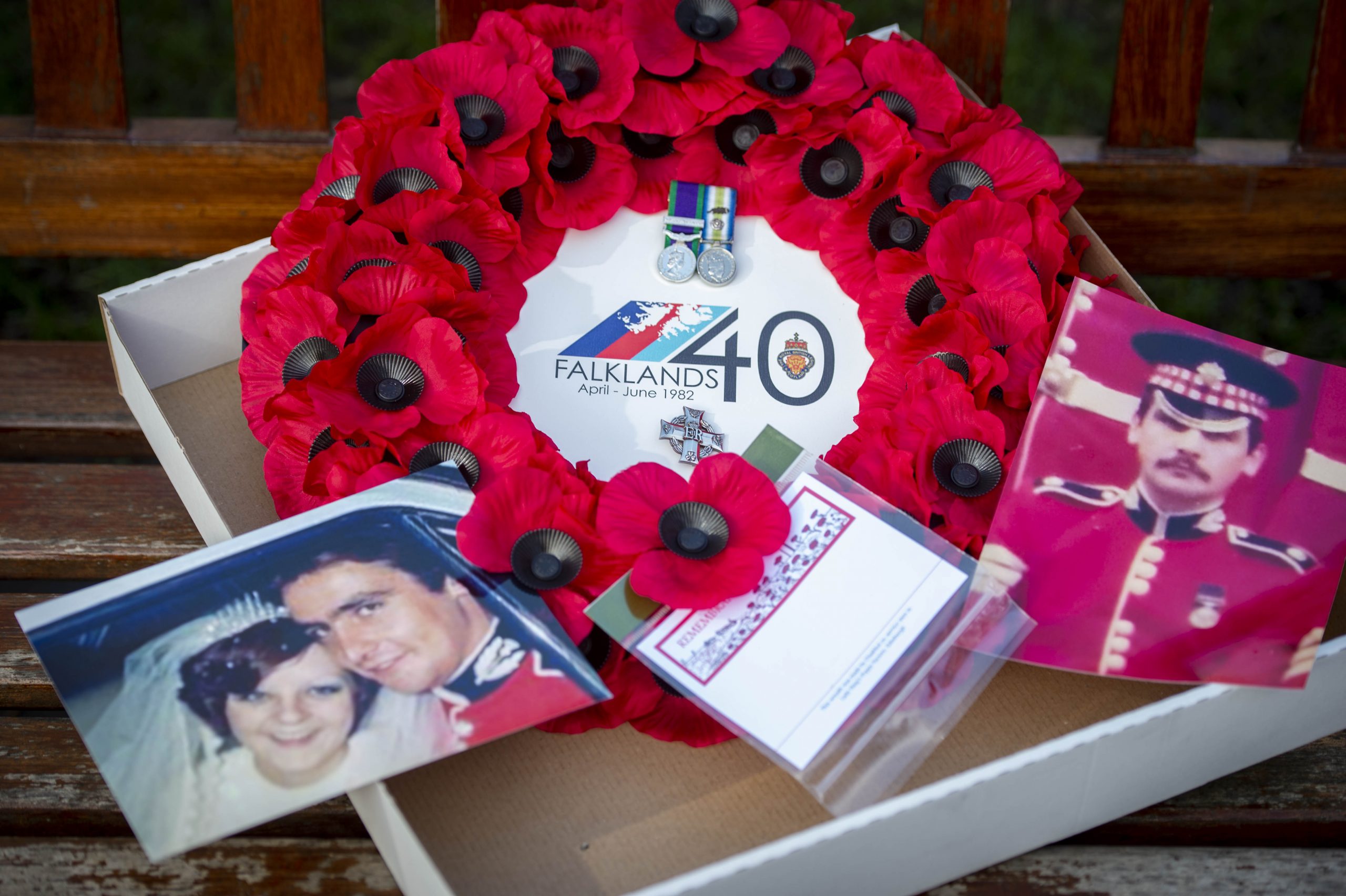 Honouring all those who served during the Falklands War

40 years on from the Falklands, and the memories are still fresh for Theresa Davidson:

I remember it as if it were yesterday. I was in our quarters at Lasswade, Midlothian, when an officer and his wife came to the door to tell me the news. My world just fell apart. I lost everything: My husband, my best friend, the family we wanted together. 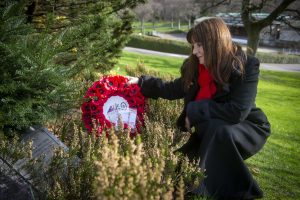 The Falklands War took place between April and June 1982. And Theresa Davidson’s husband, Lance Sergeant Clark Mitchell, was killed on the very day of the Argentine surrender.

Now, both Legion Scotland, and Poppyscotland, have launched a dedicated programme of events, to honour the sacrifices of all those who served.

In Scotland, during the launch of the programme, Mrs Davidson spoke about the years of heartache she has endured.

Now 65, and a foster carer, she was just 25 when she was widowed. Her husband was one of eight Scots Guards killed in the Battle of Mount Tumbledown, in the early hours of June 14th.

Mrs Davidson met her future husband, at the age of 17 when she was training with the Women’s Royal Army Corps. At that time he was a junior soldier from Laurencekirk, Aberdeenshire. After an “amazing” six years of married life in Germany and England, the couple returned to Scotland.

They were hoping to start a family when the conflict began.

Mrs Davidson is one of thousands invited to join a national parade, and service of remembrance on Saturday, 18th June.

Other commemorative activities will include a package of resources for schools. This will encourage young people to learn more about conflict, as part of Poppyscotland’s wider learning programme.

Bud, Poppyscotland’s interactive mobile museum, will also visit schools with a close connection to the Falklands conflict. This includes Arbroath, which is home to 45 Commando, the Royal Marine unit which played a key role in the liberation.

Falklands veterans, and bereaved relatives, are also invited to attend the UK-wide service, at the National Memorial Arboretum.  in Staffordshire on June 14th, the anniversary of the ceasefire.

Pipers, across the world will also join in tribute to those who fell.

We want to remember the extraordinary efforts of thousands of service personnel, the civilians who played a vital role, as well as their families. This is also a chance for people of all ages to learn more about the Falklands conflict and how it has shaped our recent history.

Poppyscotland’s learning programme will reach schools around the country, engaging young people and showing the impact that the conflict had on people and communities. By sharing veterans’ stories, we can bring their experiences to life, highlighting the role our Armed Forces play today, and how we can support them and their families.