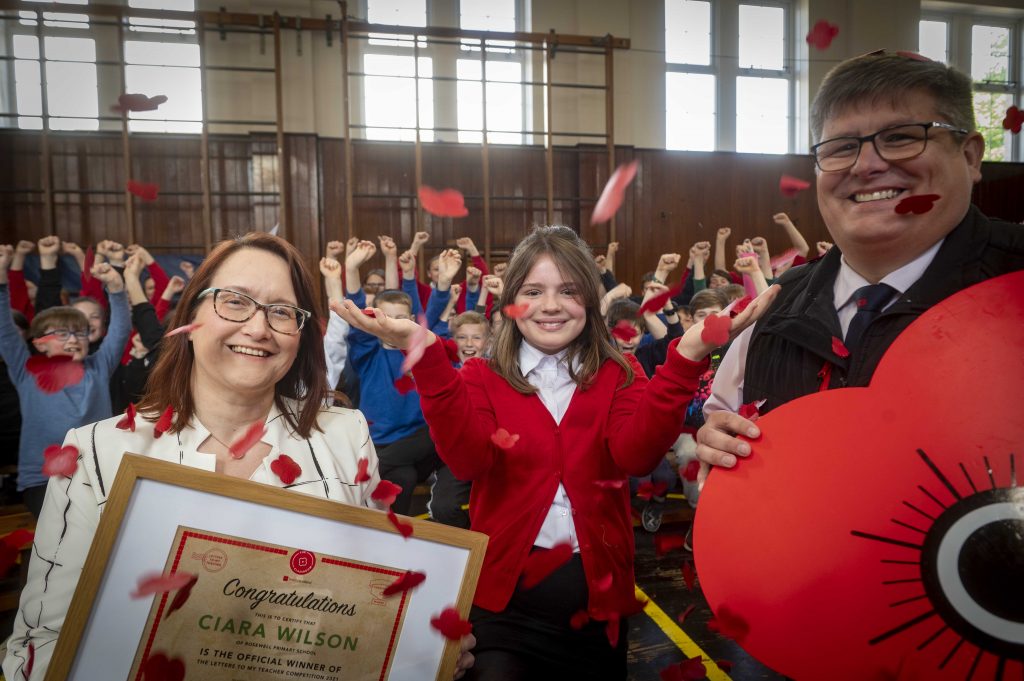 Scottish pupils have stunned judges with moving depictions of life in the First World War trenches.

Poppyscotland’s Letters to my Teacher competition encouraged children to imagine that they were serving on the front line. And to write home to about their experience.

The winners of the competition have been announced as Esha Ahmed (15), from Fife, and Ciara (11), from Midlothian.

Esha, an S3 pupil at Levenmouth Academy, won the secondary school category with her “honest and imaginative” letter.  Ciara, a P7 pupil at Rosewell Primary, took the primary school award for her “genuinely touching” entry.

Esha reflected on the fragility of life as she described marching through wrecked French villages and towns. She described  air thick with smoke, and bodies lying on the ground.  Ciara wrote about trying to keep up morale in rat-infested trenches. amid the constant sound of gunshots, and cries of severely wounded soldiers.

The competition was inspired by letters written by Scottish soldier Douglas Constable to John Hamilton, his former headteacher at St Mary’s Melrose School.

Douglas left a promising publishing career to serve with the Grenadier Guards, in Belgium and France. He was killed during the Battle of the Somme in 1916, aged 26.

This year’s contest received record-breaking entries, with almost 500 letters from schools across Scotland. Eight judges from Poppyscotland, Legion Scotland, and the Commonwealth War Graves Commission shortlisted shortlisted 12 entries to go through to the second round. And members of the public chose the final winners.

Gordon Michie, Poppyscotland’s Head of Fundraising and Learning and one of the judges, said:

Our warmest congratulations to Ciara and Esha on their wins. This year saw an exceptionally high standard of entries, and choosing a shortlist was extremely difficult. Esha’s and Ciara’s beautifully written accounts stood out as full of imagination, honesty, and humanity. They managed to put themselves in the boots of First World War soldiers, painting a full picture of trench life and its brutalities.

We’re very pleased that this competition captured the imaginations of primary and secondary school pupils across Scotland. Inspired by the letters of Douglas Constable, it was a chance for children to learn about the daily experiences of Scottish men and women who lived through the First World War.

Ronnie Ross, headteacher at Levenmouth Academy, said: “I was genuinely moved when I read Esha’s work. She has shown genuine compassion and empathy with those who fought on the frontline, and protected the free world at the beginning of the twentieth century, and for this she must be truly congratulated.” 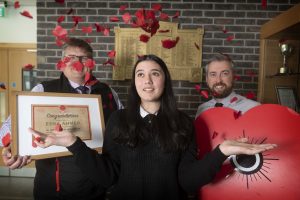 Hope Wilson, Ciara’s teacher at Rosewell Primary, said: “We are extremely proud of Ciara. The Letters to my Teacher competition inspired many of our older pupils and it has been great to be a part of it.”

Ciara said: “I was really happy to find out that I had won. I had asked all my family and friends to vote for me so I am glad that they supported me!”

The winners will each receive £500 in Amazon vouchers for their school and a visit from Poppyscotland’s mobile museum, Bud. There will also be a special class tour of Lady Haig’s Poppy Factory in Edinburgh, when it reopens this autumn.