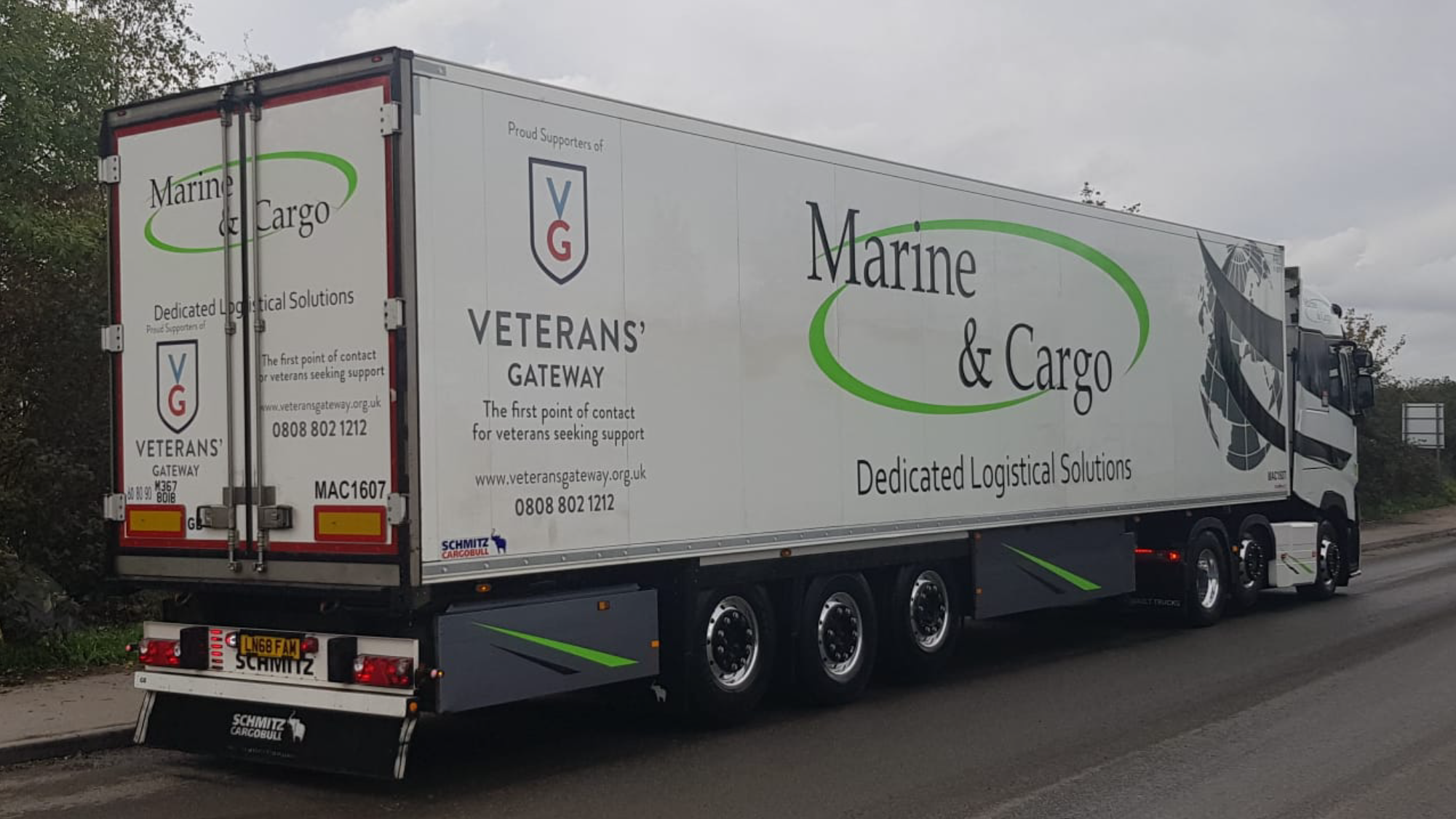 The family run business is a proud supporter of Veterans’ Gateway and champions the Serving and Ex-forces community. Brothers Nigel and Andy Marshall were based at Camp Arifjan in Kuwait as civilian drivers supporting the troops for 6 years. They recently signed the Armed Forces Covenant (AFC).

“We’re honoured to dedicate one of our vehicles to the cause. Veterans’ Gateway is a fantastic service. We hope people will see the truck on its travels and share Veterans’ Gateway details with their ex-service family and friends who may need to be referred to the right help fast”

Since signing the AFC, Marine & Cargo has employed Ian, a veteran who served in Germany and intend to recruit many more. The main reasons they signed the AFC was to try to help veterans getting back into work or needing help with training facilities for the logistics industry.

The Veterans’ Gateway truck will travel:

The truck was last spotted in France! Where will you see it?

Look out for the huge trucks travelling down the M1 and throughout Europe. If you spot it on your travels – please send us a pic! 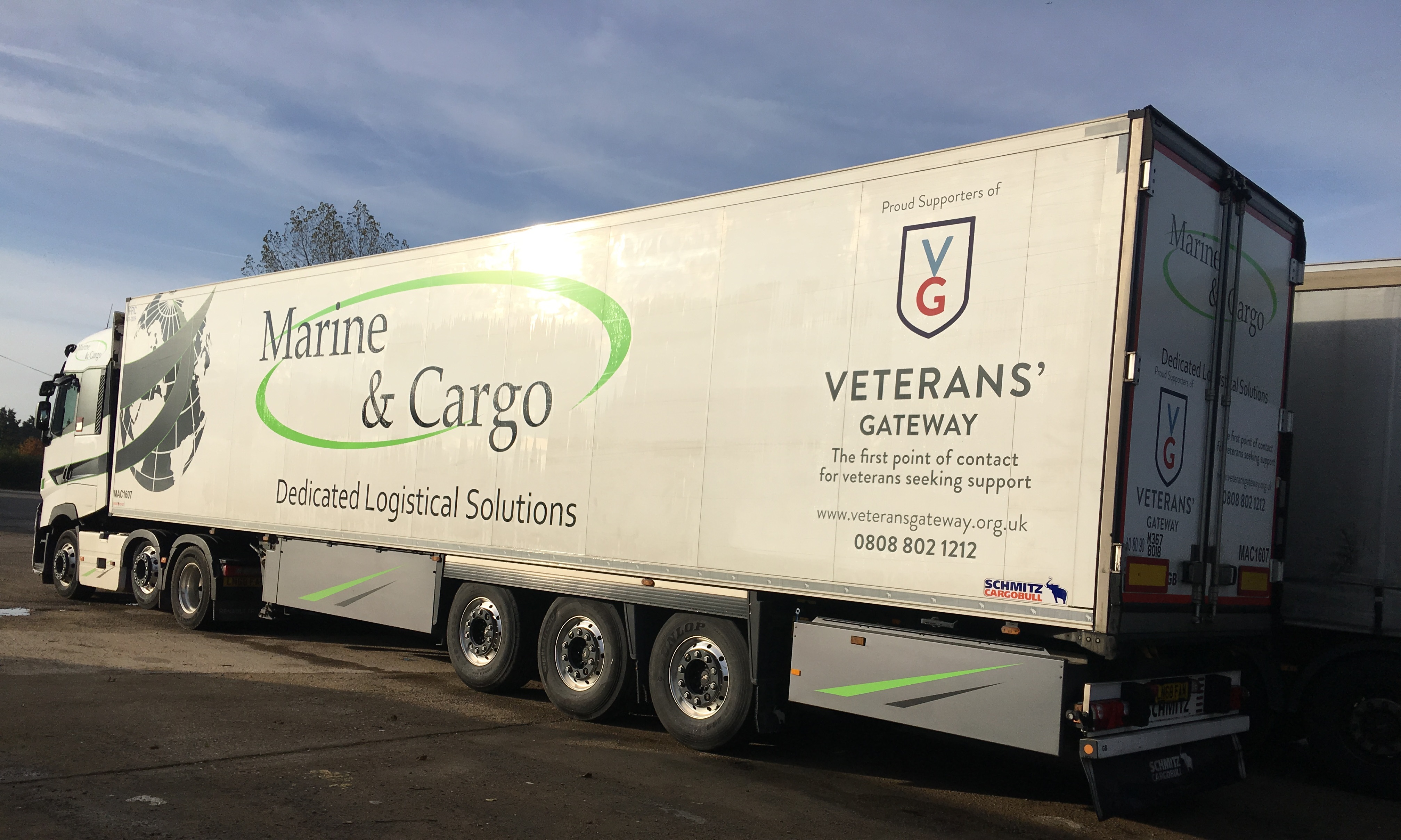 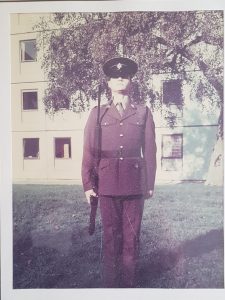 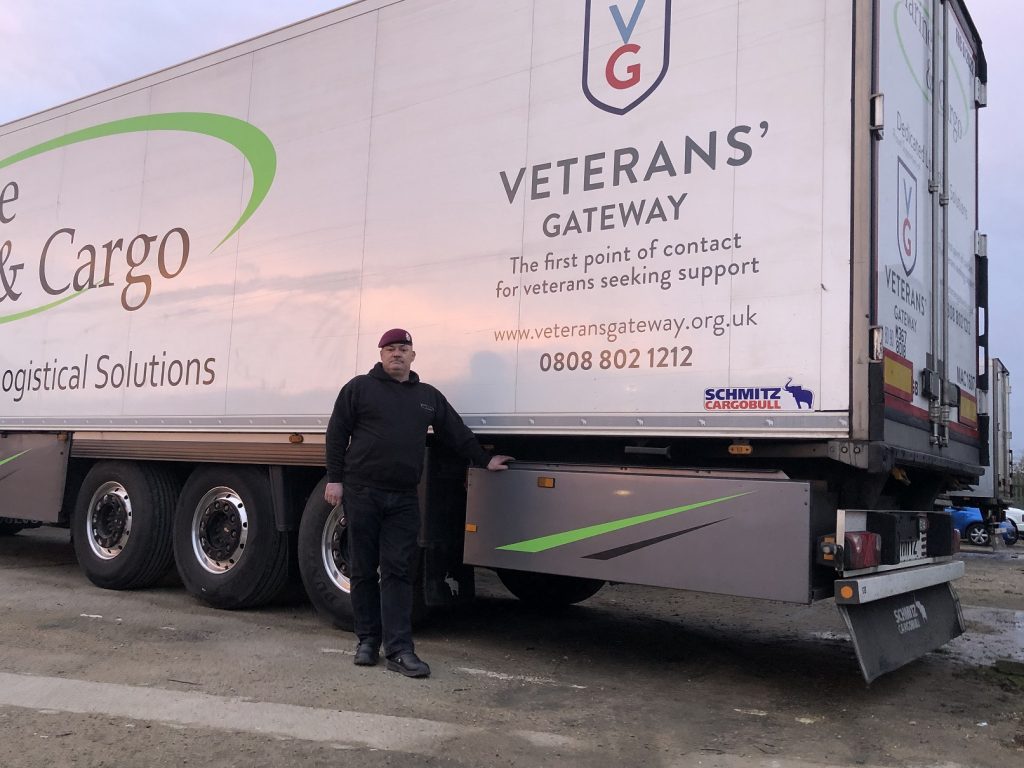 “I joined the Army in August 1984 aged 17 years old, I was doing a carpentry and joinery apprenticeship but it wasn’t for me, one lunchtime I went down to the Army careers office and enquired about joining up, the recruitment Sgt a friendly chap as I recall (aren’t they always?!) Asked me why I wanted to join? Well I had spent 5 years with the Army Cadet Force rising to the rank of Cadet C/Sgt in the Queens Regt and had enjoyed every minute of my time and wanted to experience it for real; I also wanted to serve my Queen and Country.

The next thing, I was on my way to selection in Sutton Coldfield, I Passed, what did I want to do? I didn’t know really I hadn’t given it a thought so many Regts and Corps to choose from, I had an idea, Royal Corps of Transport I couldn’t drive but hey, they would teach me and I wouldn’t have to pay either.

It was the beginning of August and I was off to Buller Bks in Aldershot, training depot for the RCT, 10 weeks of square bashing, exercises, SAA and fieldcraft, oh, and cookhouse food!!!! (gotta love the Cabbage mechanics).

Training finished passing out parade done I was sent to ASMT Leconfield the Army driving school, car test passed within a week then onto landrovers and Bedford TK and MK and passed my then class 3 license back to Buller for me to await posting, where would I be going?

It was about 2 weeks and then I was off to Germany 10 Regt RCT in Bielefeld, I had only been to Germany once before and that was as a cadet.
When I arrived I was introduced to Herforder Pils (yellow handbags) as they were affectionately known and “Bratwurst und pommes Mit Mayo.
It wasn’t just that though, it was BFT, CFT, Boxing yes I had been posted to Fighting 10 well known in the Army for their prowess in the boxing ring, to start with I was posted in HQ Sqn the admin sqn of the Regt but later moved over to 9 Sqn (shiney 9) this was a TTF (Tanker Transported Fuel) Sqn where I gained my class 2 license and hazmat course and was delivering fuel to the Army Air Corp and RAF bases.

In 1987 I was posted back to the UK to join 63 Sqn 5 (AB) Brigade in Normandy Bks Montgomery Lines opposite the Parachute Regt Training Depot, we were part of the Airborne support team that included engineers, medics etc, an even tougher fitness regime ensued.

I got to travel around a bit going to places like NI,Germany,Cyprus,Denmark, some obviously better than others. I had also spent some time attached to 110 Provost Coy RMP, day in day out dressed in No2’s, what a chore!
I left the Army in 1990 and returned to civvie life, what was I going to do? Well I had been taught to shoot people and run away fast and I had also learnt to drive a truck and as the only legal option was the driving that’s the road I took, but I couldn’t settle, moving from company to company.

I decided a change was in order and in 2010 I joined the Ambulance service and trained as frontline Ambulance crew, I was back in green kit, what a fantastic job, yes it had its highs and lows but I could deal with that what I struggled with was keeping the family, my marriage had broken down, but I had found a new partner who was very supportive and proud of my work but I inherited her 5 children and that’s not cheap. I made the decision to return to driving as the money was significantly better.

I have now found Marine and Cargo, a dedicated logistics solutions haulier who is very much supportive of serving and ex forces they have signed the Armed Forces Covenant, support Veterans Gateway and All Call Signs.

Brothers Andy & Nigel Marshall run the company and themselves were civilian contractors in Kuwait assisting the forces with vehicle and equipment movements, since joining the company in August 2019 I have been made to feel welcome into the team, it’s more a family, the bosses care and will help you out, they will assist with the transition from military to civvie life and are looking into healthy eating for drivers. I feel happy and at home working for Marine and Cargo. I am so much less stressed but I do still miss my Army life, who doesn’t?” 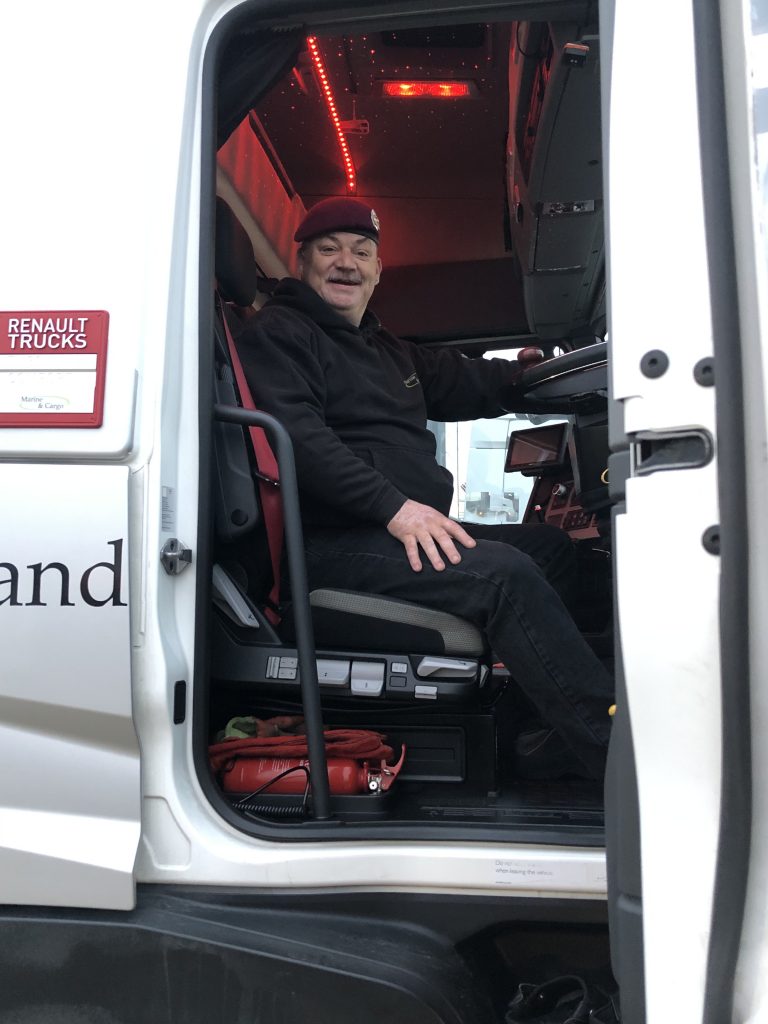