“Asking for help was not an option”

Andrew Powell ran into financial problems after leaving the Army and separating from his partner. He tells us why it is important for veterans to reach out for help when they need it.

Andrew served with the 1st Battalion Welsh Guards and Royal Logistics Corp between February 2000 and January 2013.

He did three tours in Northern Ireland and two tours of Bosnia before going to Afghanistan in 2007.

Whilst there he suffered a minor injury to his right shoulder and was later medically discharged after getting compartment syndrome in his legs.

After separating from his partner of seven years, who was also the mother of his young son, Andrew found himself in a difficult situation. He moved back in with his parents, but that was less than ideal. 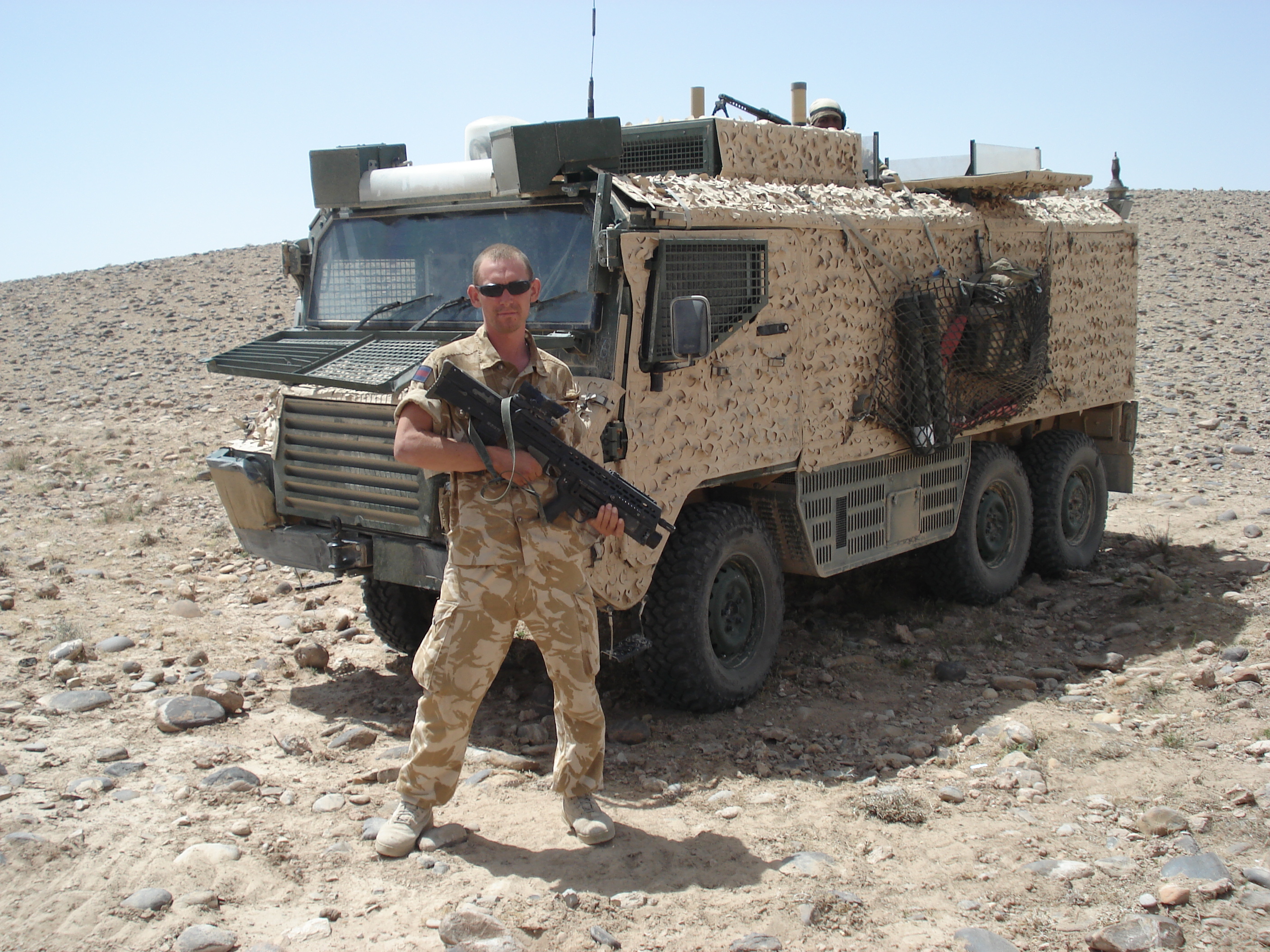 Andrew in Afghanistan in 2007

“When I split from my partner I just had the clothes on my back, I had nothing,” says Andrew.

“My mother and father have a two-bedroom semi-detached property. They have their own routine. Obviously, I’m their son but you could tell they didn’t really want me there and I really didn’t want to be there – just from the space side of things.”

“I had my son every weekend for two nights so because it was only a two-bedroom house my boy had to sleep in the bed with me, so I wasn’t really getting much sleep.

“It wasn’t driving me into the ground but I was getting more and more exhausted.”

Pride was a massive issue

Andrew eventually found support through The Royal British Legion who, in partnership with the RLC Foundation and Help for Heroes, helped him with some of the costs of finding a new home suitable for him and his son.

However, he was unaware that such organisations offered support and found it difficult to accept that he needed to ask for help.

“I found out about the support available through The Royal British Legion through a friend who had got help from them. He told me about the support he received and that’s how I ended up getting in touch with them,” says Andrew.

“The problem is finding out what is there for us. I was none the wiser that this type of service existed.

“Pride was a massive issue for me,” adds Andrew.

“But you’ve just got to bite the bullet. At the time I had a good job with a reasonable salary but I still had nothing.

“The Army builds you up to be the person they want you to be and when it comes to needing help, I didn’t want to ask for it. You’re self-sufficient in the Forces so you have a can-do attitude and that’s where the problem is.

“You need to eat a bit of humble pie and ask for help.”

There is a huge network of organisations supporting the Armed Forces community.

Veterans’ Gateway makes it quick and easy by being a first point of contact, working with a range of organisations to ensure people are connected with the right support.

“We don’t know who to go to when we need it,” says Andrew.

“I had help from a variety of organisations. I knew of all of them but I’d never have thought to go to them.

“The easier it is for veterans the better. If there is someone at the end of the phone who can advise where you should go, I think that is exactly what veterans need.”

Use our self help resources to find information and advice on a range of subjects including finances and housing.