“It’s hard to ask for the help”

After leaving the Army Tony Stubbs suffered from post-traumatic stress disorder and found it difficult to find help. He tells us why it is hard for veterans to ask for help, and why a 24-hour support service is so important for people suffering from mental health issues.

Having grown up in a big Service family, Tony had decided by the age of 12 that he wanted to serve in the Army and follow in his grandparents’ footsteps.

After being discharged in 1994 Tony struggled to adapt to civilian life, suffering from post-traumatic stress disorder and turning to drink.

“When I came out of the Army there was nothing out there,” explains Tony.

“Nothing was signposted and there was nowhere that you could find out about organisations that might be able to help you, so I ended up homeless.

“I was suffering from post-traumatic stress and I had nobody to help me.

“I got in with the wrong crowd and got into trouble a lot of the time.”

Knowing where to turn

Tony got his life back on track thanks to The Royal British Legion and Military Veterans’ Service, however it took him a long time to find the help he needed.

“The Police eventually referred me to The Royal British Legion and they helped me with furniture and carpets,” says Tony.

“People are too scared to come forward because they don’t like asking for help.

“It’s hard to ask for the help because of the training that you receive in the Army.

“Everything is set up for you, such as accommodation and bills, so people aren’t used to dealing with those things when they come out of the Forces.” 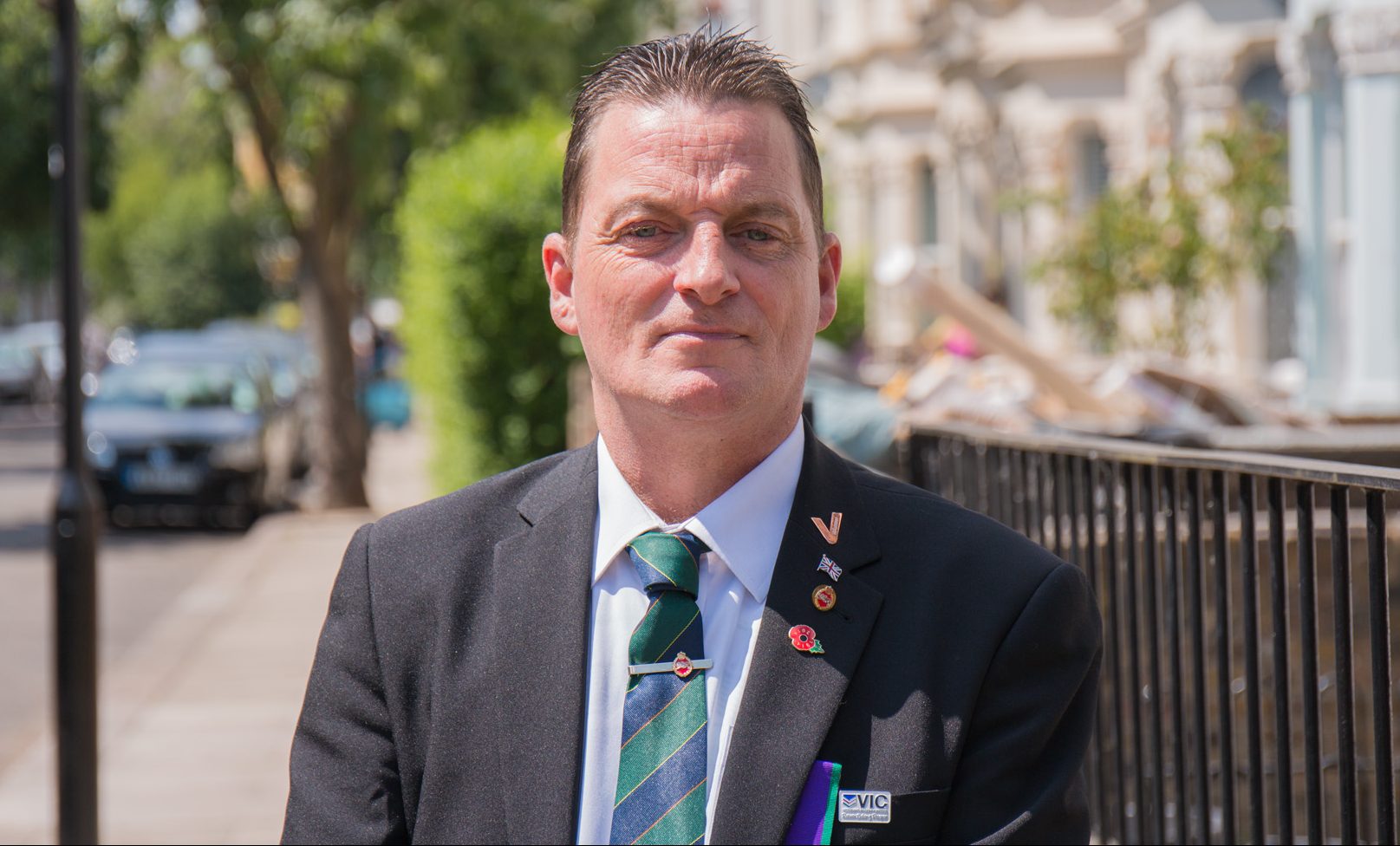 As a single point of contact for the Armed Forces community, Veterans’ Gateway provides round the clock support with advisors available 24-hours-a-day, seven days a week.

“I think Veterans’ Gateway is a good idea because it’s available 24-hours a day,” says Tony.

“A lot of the time, when people need help it’s in the night, especially at the weekends, and after 5 o’clock it’s hard to get hold of people.

“I think that’s a real strength because it means people aren’t relying on callbacks -, that’s when people can lose trust.”

Tony now works as a Peer Mentor for Military Veterans’ Service, helping people who have found themselves in a similar to himself.

“I help people with mental health problems, getting to know them and then directing them to the right places to get help from,” says Tony.

“I enjoy it because I’ve been where they’ve been.

“I’m glad Veterans’ Gateway is here because it’s something I can refer people to when they need help.

“I know they’ll have people there that are equipped to deal with mental health issues.”

Use our self help resources to find information and advice on a range of subjects including mental wellbeing and physical health.