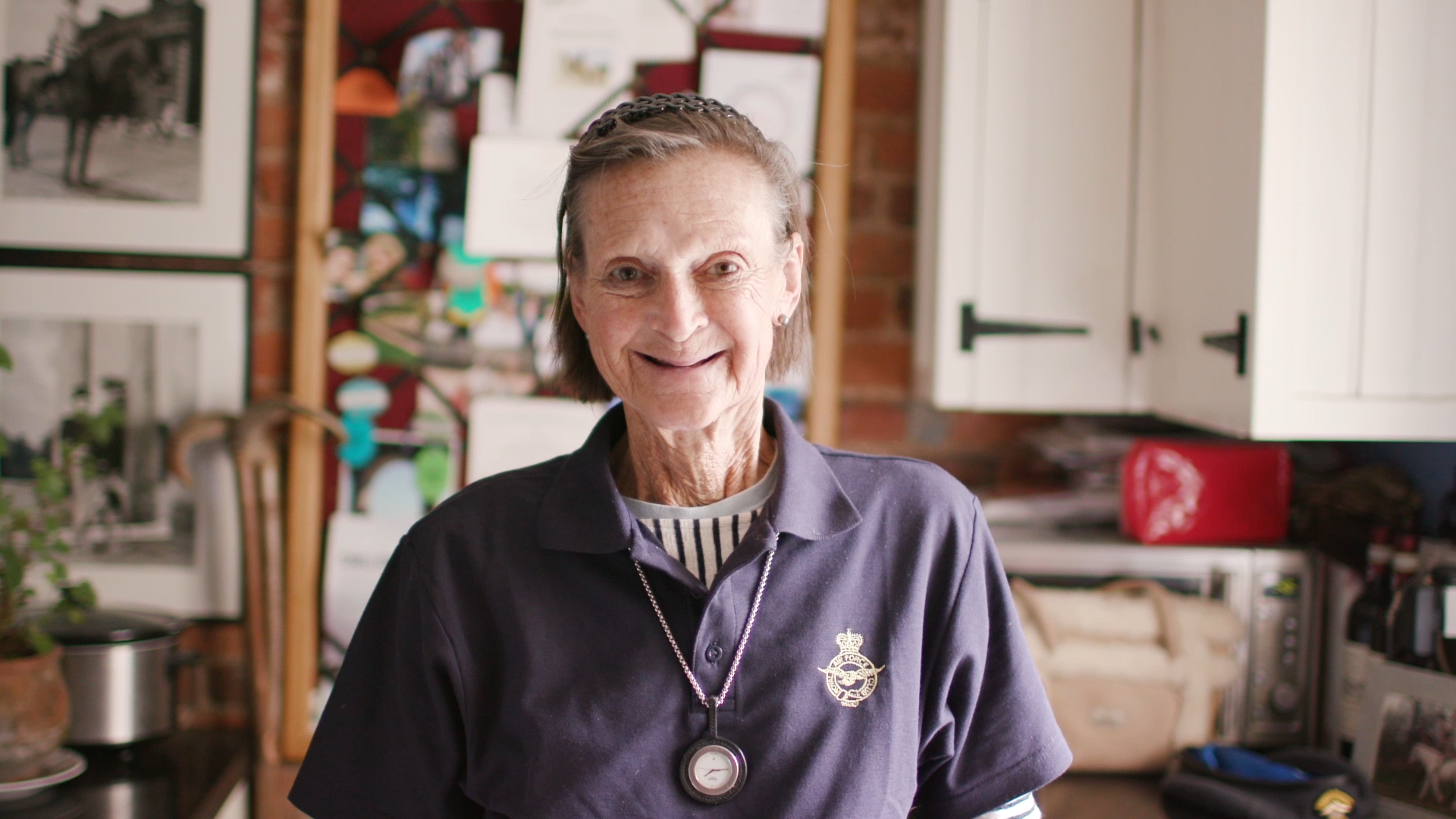 “The OA helped me to rebuild my life”

Bryony was one of the first female officers to graduate from RAF College Cranwell, and was stationed around the world.

She left after getting married, which was the regulation at the time. Bryony is an avid horse-rider and active fundraiser for the Royal Air Forces Association (RAFA).

On the 16 April 2008, she slipped on the stairs at home and fell. Bryony had broken her back, neck and spinal cord. She was paralysed on the floor for 30 hours before receiving medical treatment. Bryony spent 12 weeks in the Intensive Care Unit followed by nine months recovering on a spinal injury ward.

After a year Bryony returned home but with permanent mobility issues, and is forced to use a walking frame or wheelchair. She wanted to stay living in her home, but the stairs and its remote location in the countryside made it difficult. Simple tasks like going to the shops and visiting family were challenging.

The accident also negatively impacted on Bryony’s children’s university studies. Her daughter left university and her son struggled with exams, because they both worried about their mother. 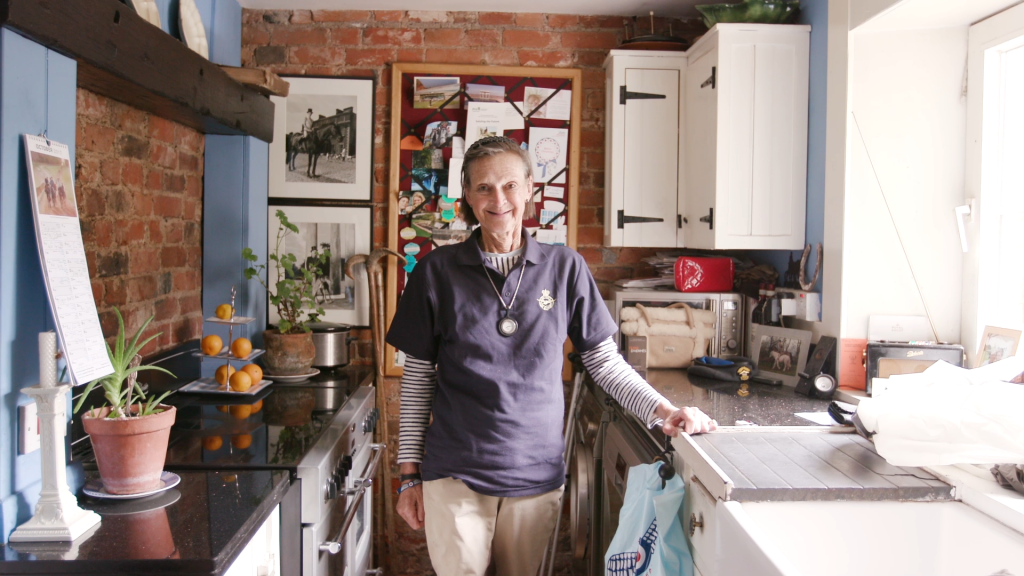 How the OA helped

Bryony contacted The Officers’ Association (OA), having first heard of the charity through her mother, who was a WRAF officer during the Second World War. An OA Honorary Rep visited Bryony at home and assessed her needs. This information was sent to the Benevolence Team, which awarded Bryony two means-tested grants and organised the support required.

The OA helped to provide Bryony with:

Bryony receives a quarterly Standard Allowance grant, to be used at her discretion. She also receives a Bills grant for household bills and unexpected expenditure in the house.

The grants and equipment have enabled Bryony to live a fully active life. She has been able to stay living in her home and goes horse-riding again. Her daughter returned to university, and her son retook his exams. Both graduated and are now in full-time employment.

“It’s not just what you’ve done for me, it’s the fact you’re still there for me,” said Bryony.

“The OA helped me to rebuild my life by being there.

“Before the Officers’ Association helped me, I was a liability. The OA has helped me in so many ways. The main thing to me is that I can stay in my own home.

“My children, they can come for love, not duty – that is so important to me.”

If you are a veteran and are in need of support, a range of help and information is available from  all our Veterans’ Gateway referral partners.