“I didn’t know that support existed”

Many veterans don’t know where to turn when they need support after leaving the Forces. Stephen Burnell talks about the difficulties he faced after becoming a full-time carer for his youngest son, Zac.

Stephen lives in Rotherham with his wife Emma and their three sons Andrew, Luke and Zac.

He joined the Army to follow in the footsteps of his brothers and his father and served in the Royal Army Medical Corp for two years from 1988 to 1990.

Since leaving the Forces Stephen has encountered a number of challenges in life and hasn’t always known where to find help.

After leaving the Army he became homeless for a number of years, couch surfing at friends’ homes and living in shelters. Eventually, he sought help from a day centre and, through his mentors, he trained to become a counsellor to help others.

In 2000 he met Emma and two years later they got married. Their eldest son Andrew was diagnosed with leukaemia in 2004 when he was just two years old, and although he’s in remission, the cancer treatment left him with sight and mobility issues.

Emma suffered a miscarriage in 2005 and a year later their baby daughter, Chloe, was stillborn.

In 2012 Emma gave birth to their youngest child Zac who weighed less than two pounds and had severe health problems. His windpipe didn’t develop properly so he initially needed to use a ventilator.

Following Zac’s birth, Stephen left work to care for him full-time, and although they received financial help from the Local Authority to make an extension to Zac’s room to accommodate his medical equipment, they couldn’t afford to redecorate. 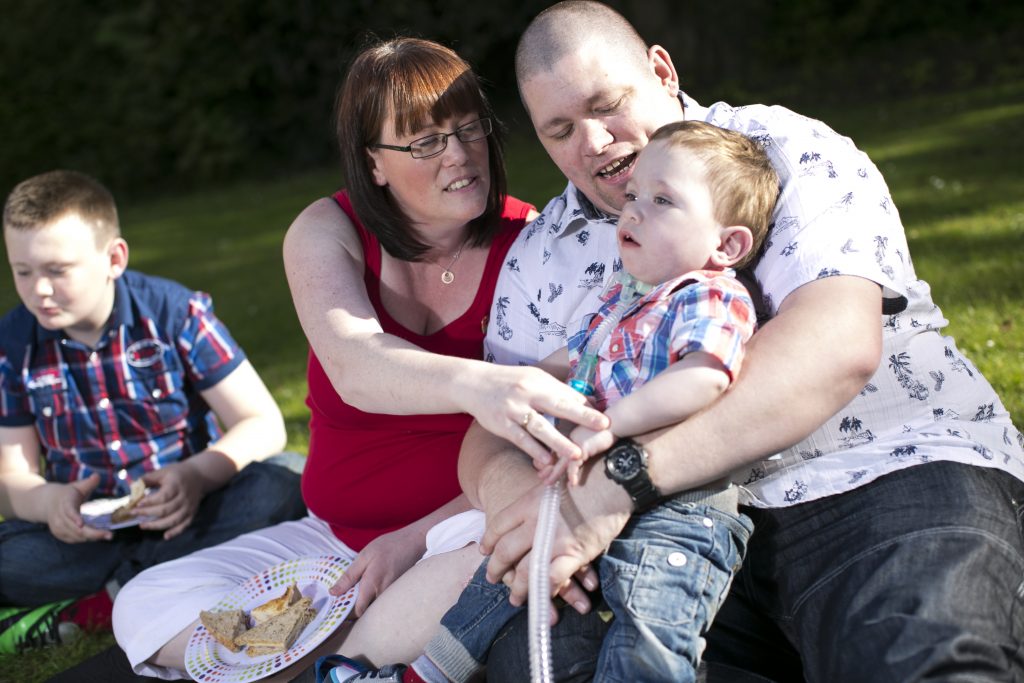 I didn’t consider myself a veteran

“When I left the Army I’d only served a couple of years – it wasn’t a long service,” says Stephen.

“I didn’t consider myself a veteran and actually if it wasn’t for a welfare officer who came to assess my son’s room, I wouldn’t have had a clue.

“I’m in my forties and you normally think about a veteran as being over 65 – an OAP pensioner.

“You don’t consider yourself as being a veteran for serving, you normally expect a veteran to be someone who has been around quite a while and probably seen some horrific stuff.”

Knowing where to turn

Even after recognising that he might be eligible for support, Stephen wasn’t sure who he should contact.

“There is a variety of charities out there and that can make it hard to understand which one you should be calling,” says Stephen.

“Veterans’ Gateway makes it a lot easier for people. Having a single point of contact is absolutely fabulous.”

As the first point of contact for the Armed Forces community, Veterans’ Gateway works with people on a one-to-one basis to connect them with the right support as soon as possible.

“Zac has a step-granddad who is terminally ill and needs some more support because they aren’t in the best position,” adds Stephen.

“We’ve already contacted Veterans’ Gateway and a referral has been made so that’s absolutely brilliant.”

They paid for a new specialist high chair for Zac, as well as a new tumble dryer, decorating and new carpets, which helped Zac move around the home more easily (his ventilator weighed 24kg and the wheels damaged the existing carpet).

“A little bit of equipment doesn’t sound a lot but it actually changed Zac’s ability to sit at the table and eat with us.

“I represent other children and parents with complex needs on the critical care exec within the NHS. I’m trying to get people to check if they have links to military service because there is support there, and its good support because it isn’t dependent on long-winded assessments.”

Use our self help resources to find information and advice on a range of subjects including family support and finances.